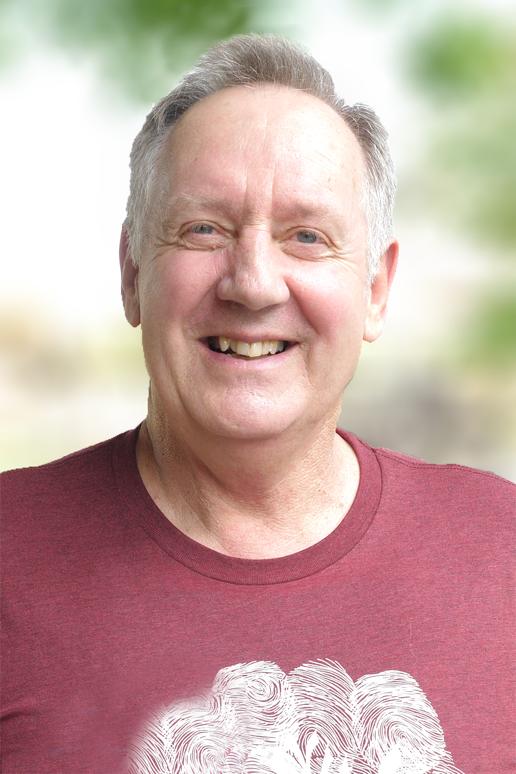 Pastor John Saethre is a retired Air Force chaplain and retired Lutheran pastor who enjoys serving as an interim pastor at Immanuel Lutheran Church, Easton and serving as a contract chaplain at the VA Hospital in Fresno, California.

Pastor Saethre married Debby Karlstad August 19, 1978 and will be celebrating their 40th anniversary this August. They have five adult children: Kjersten, Jonna, Karin, Karl and Peder. The three oldest are married. Pastor John and Debby have two grandsons by Kjersten and Ryan Jimison who live in Rochester, Minnesota. Kjersten works for Mayo Clinic in HR. Jonna is an ordained pastor with the North American Lutheran Church, serving in San Jose. Karin teaches at a Christian school in Gainsville, Florida. Karl lives in Fresno and is training through Vocation Plus. Peder recentlly graduated from Concordia University, Irvine with a major in Theology. He just returned from a missions trip to Ethiopia.

Pastor John graduated from Concordia College, Moorhead, Minnesota with a BA in biology; the University of North Dakota, Grand Forks, North Dakota with an Master of Science in zoology; Trinity Lutheran Seminary, Columbus, Ohio with a Master of Divinity degree.

While in the Air Force, Pastor John flew the C-130 Hercules as a pilot, then after a break in service became an Air Force chaplain, serving at Travis AFB, CA; Mountain Home AFB, ID; Hessisch-Oldendorf AB, Germany; Beale AFB, CA; Davis-Monthan AFB, AZ; and Malmstrom AFB, MT. He deployed to Guantanamo Bay Naval Base, Cuba during the Haitian migrant crisis in 1994.

He lives in Kingsburg with his wife, Debby, as they are almost empty-nesters with their lone adult child, Peder still living with them. They are excited to be a part of the life of Immanuel Lutheran during this time of transition, awaiting the call of a new pastor! 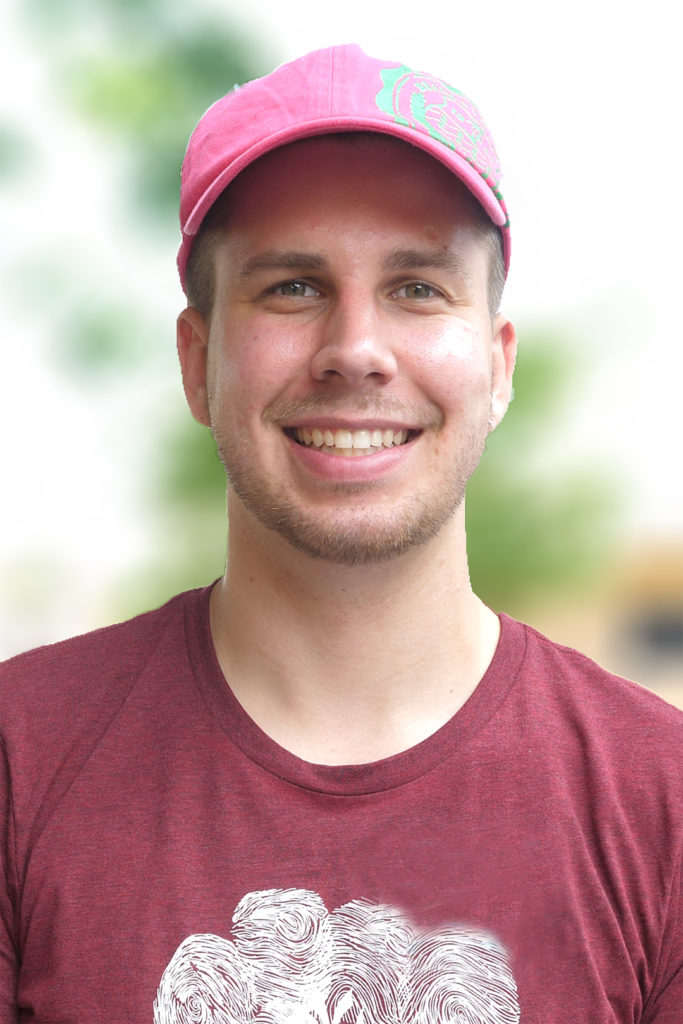 Jacob Wood was born in Fresno CA, and has lived in the Fresno area his whole life. His parents first brought him to Immanuel Lutheran after he was born and had him baptized when he was only a few months old. His family attended Immanuel regularly until he was in high school. He spent his four years of high school regularly attending at Hope Lutheran Church in Fresno. In college, he attended several different churches throughout the Fresno area.
He graduated from Edison High School in Fresno in 2013, and from Fresno Pacific University in 2017, with a B.A. in History. After getting his degree, he took on his current role as Youth Director at Immanuel.
Jacob will tell you that he is a huge nerd, with pride. He enjoys comics, fantasy, Star Wars, history, etc.. He loves movies, and goes to the theaters very often. He also loves music of all genres, is a drummer and sort of plays guitar. He is also a Giants (MLB) and Colts (NFL) fan.
Most importantly, Jacob has made it his passion and mission to share God’s grace and love to any and all youth that he gets the opportunity to talk to. He loves his job and everyone that he has the privilege to work with while he serves as our Youth Director. 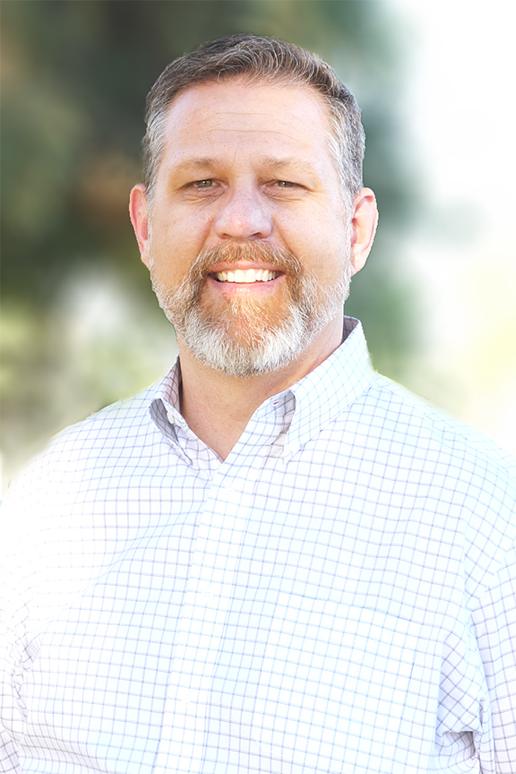 I have had the great fortune of being part of Immanuel Lutheran Church since 1998, and have held a variety of positions during this time. That said, I love to read, play golf, and help wherever and whenever I can. Come God with us!

I have been a member of Immanuel all of my life.

I am a teacher at Fresno State University. My husband Scott and I have been married 30 years. We have 4 kids. Kristi is 23 and working on her teaching credential and masters, Robert is 22 and he just got married last November and he works at Jiffy Lube, Stephanie is 14 and headed to high school in the fall and Michelle is 12 and will be in 8th grade.

I am vice president of our church. I am an active member of Faith Bible study. I am in one if the adult Sunday school classes and often teach the children’s sermon.

I love Immanuel, I live being Lutheran, and I love Easton. You will love Immanuel Lutheran Church in Easton too. 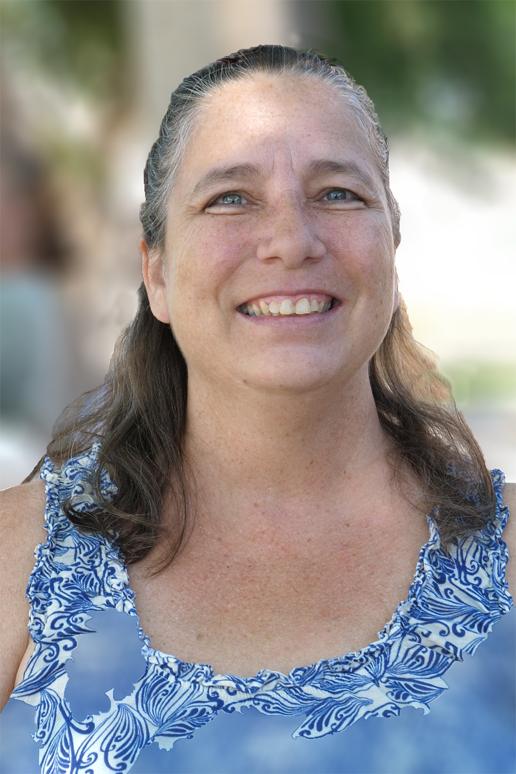 As the council secretary, so that nothing is ever miscommunicated, I keep tabs on what happens during meetings. To make sure everyone is on the same page, I send my notes from the meetings to our other council member, Victoria, for distribution to the rest of the council. In addition to this, I review and summarize incoming mail, before reporting it all back to the council, during our meetings.

I was raised Lutheran and attended church regularly, during my childhood. However, as I became an adult, I found it increasingly difficult to find a church that had an atmosphere that I was comfortable with. When I came to Immanuel, I was welcomed with open arms and warm hearts into the church’s family. I settled in within no time at all, and I believe this was partially due to the fact that it reminded me so much of my childhood church.

I work as a tax analyst in the Department of Treasury. I prepare weekly reports and statistical data. I am also responsible for my team’s website. I have currently been doing this job for almost 33 years. I enjoy crocheting, reading, and spending time with my wonderful family. When I’m not working on my career, I will sometimes help my husband with his grave cleaning business. 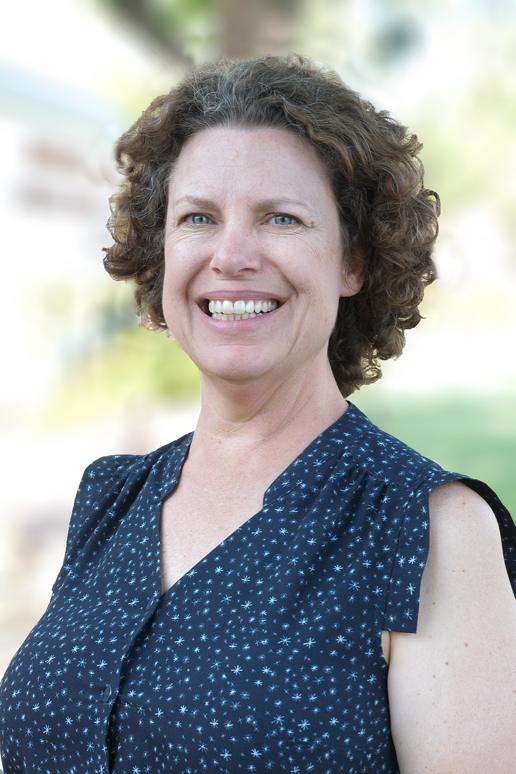 I’m from the small town of Tranquillity, I met my husband, Mark, at Fresno State and after we married I moved to Easton in 1990. We joined Immanuel in 2001when I realized it takes a village to raise a child and I wanted friends and a church home in our community for our three children. We have a son and daughter -in-law, Drake and Alejandra who live in Clovis, a son, Shane who lives in Irvine, and a daughter, Audra, who lives in Los Angeles.

At Immanuel I found much more than a church home and friends, I found that God is with us here and I found a church family. Our lives changed for the better. We became involved with Bible Studies and activities with the kids, I was hired at the wedding hostess for the church and thought that was so much fun. I enjoyed working with the brides and grooms and getting to know them.

In 2004 I left the food industry and started working for Immanuel, as the church secretary. I help with the business of the church and programs as well as organize a weekly Women’s Bible Study on Thursday mornings. In 2017 my daughter was serving as deacon and had to move away for college. I was blessed to finish her term and I am now serving as a Deacon for Immanuel, a role I thoroughly enjoy.

If you visit Immanuel, please introduce yourself to me. I love to meet new people and show you what Immanuel is all about. 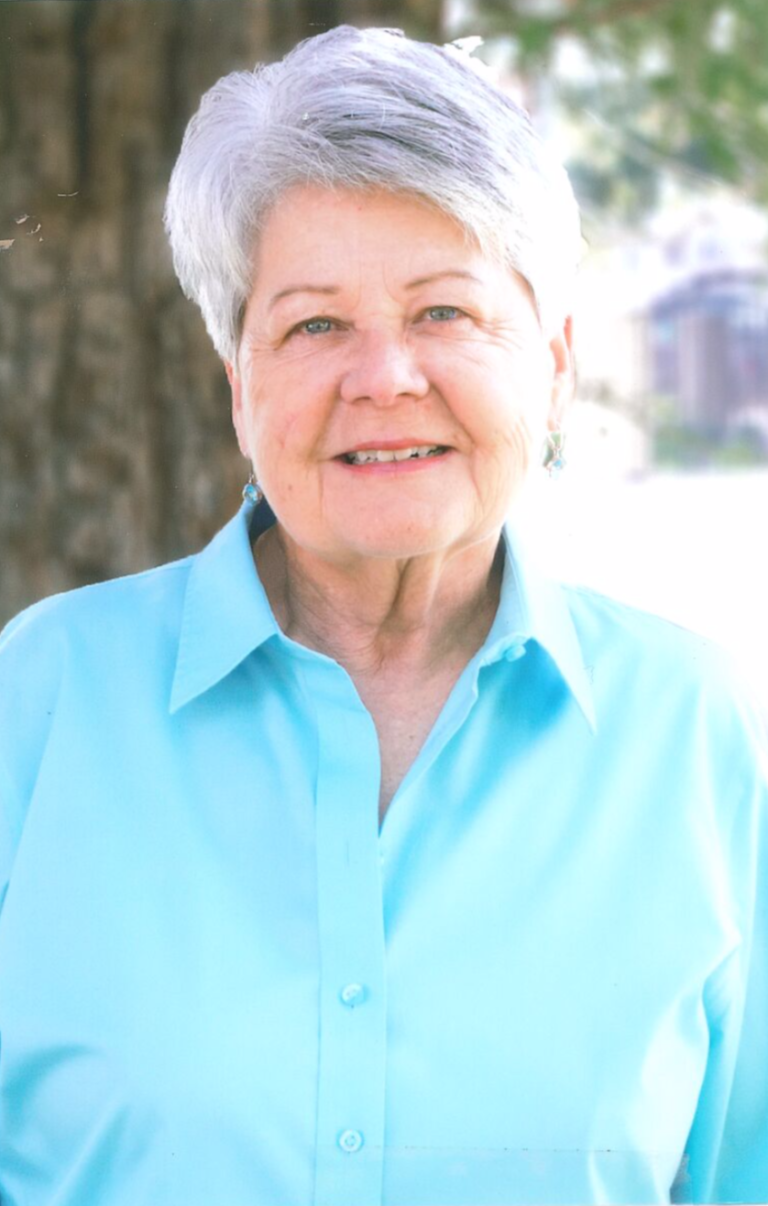 My late husband and I joyfully became members of Immanuel in 2003.

It is my privilege to serve the church as Financial Secretary.

I am retired from school finance accounting.

My interests are gardening and reading. And I really look forward to gathering with my friends for Thursday morning women’s Bible study. 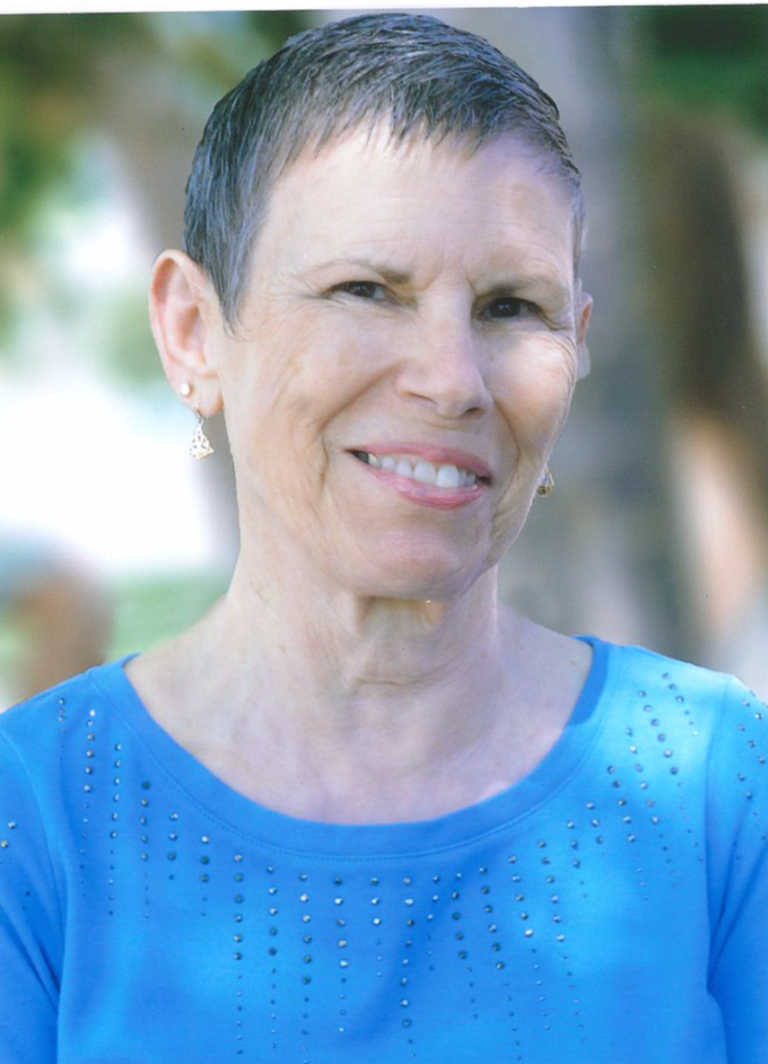 My introduction to Fresno came about with visits to my future in-laws in the late ‘70’s. During those years, most Sundays were work days then hurried trips back to San Jose for work on Monday at East Side Union High School District as Vocational Education Department secretary.  That was just one of my many permanent, and temporary, secretarial jobs.

Clifford and I were married on the front lawn of our home in 1984. After retirement in 1995, we moved to Fresno and Canton, NC becoming bi-coastal, every 6 months for 22 years! Around 2002, I became a member of Immanuel, joining my husband, Clifford in his life-time membership.

My first contribution to activities at Immanuel was to volunteer secretarial assistance to Victoria in the office. I continued that, a number of years, before becoming Financial Secretary on Council, then on to current, Treasurer.  I was co-chair of “Care Bears” for many years and, I belong to Faith Bible Study.

Immanuel has become like a family to me with friendships, loving concern and support from so many caring members.  I feel a great loss when necessary to miss a service or event.  My heart is filled with Bible learning, good music and fellowship. 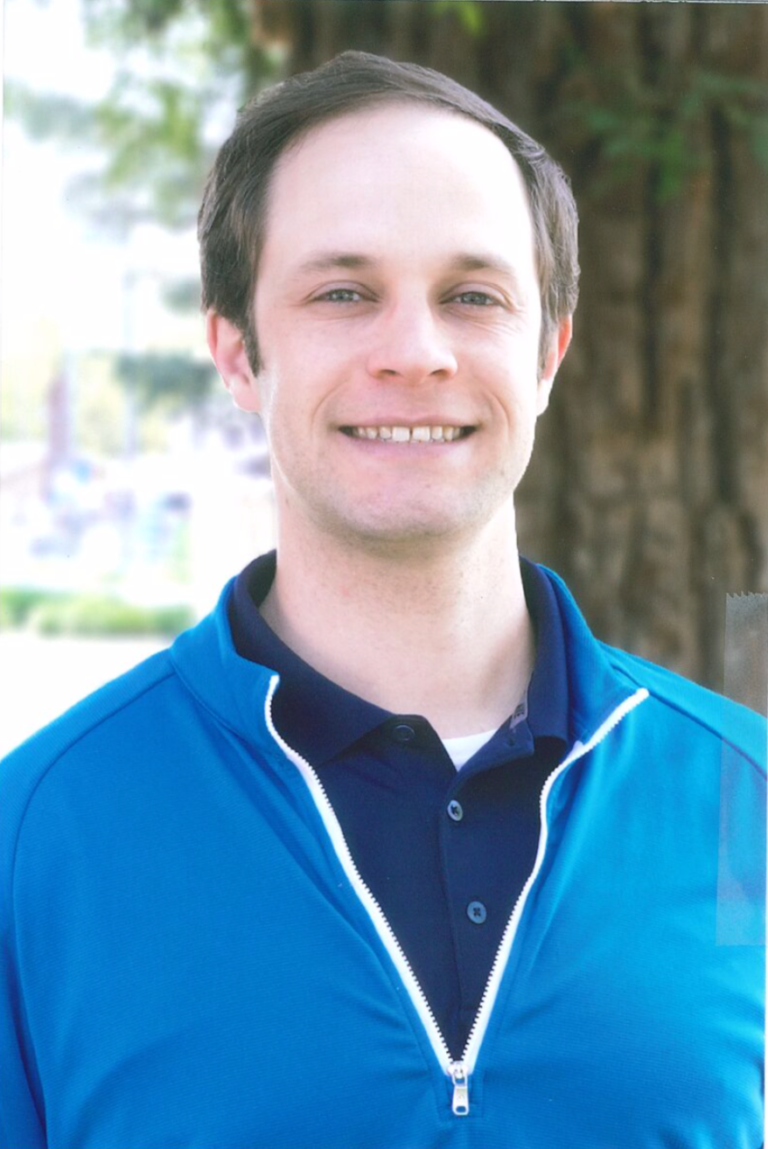 I live in Fresno with my wife Allyson and our two dogs, Donner and Pebbles.

I am a structural engineer by trade but I’d rather be golfing.

I am a guitarist in the Praise Band, Trustee for the church grounds, and former flipper of Smorgasbord aebelskivers.

I was born into, baptized and confirmed in this church.

I find burnt out light bulbs and replace them with new ones. 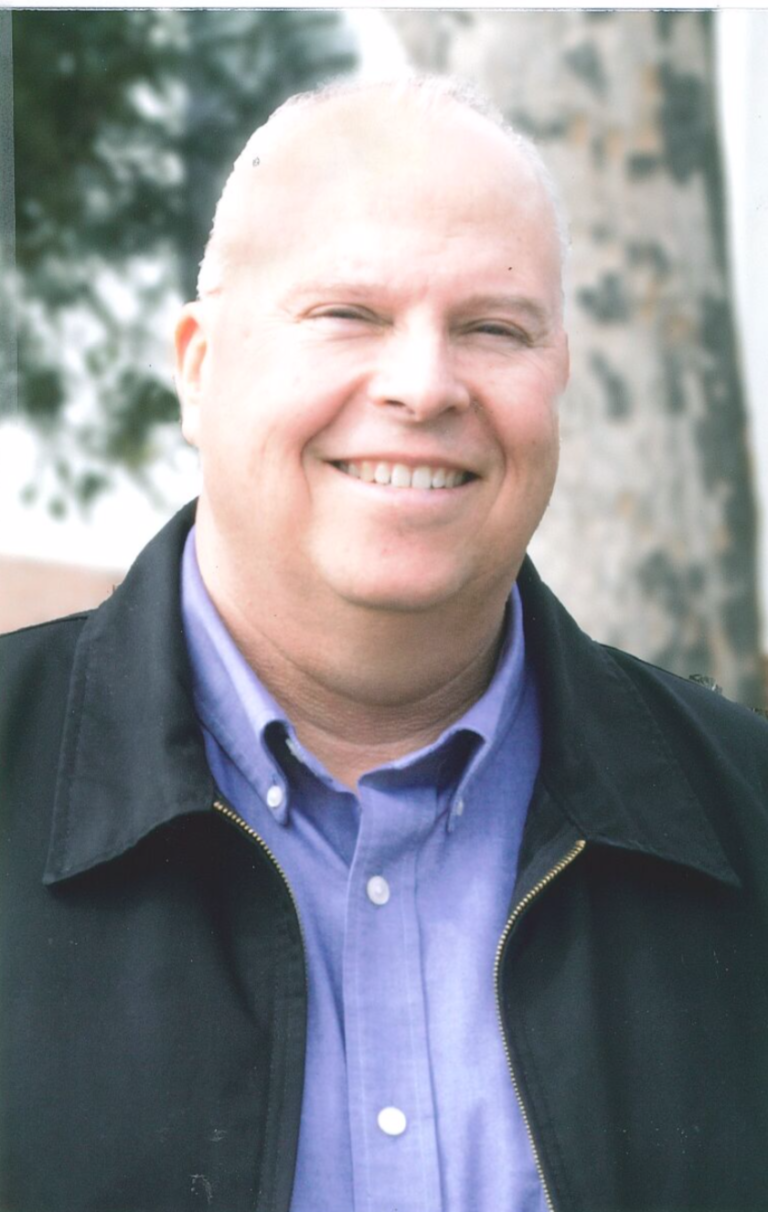 I am a lifelong member of Immanuel being born in 1960 and raised in the Easton area.  My wife, Fran, have lived in Fowler for the past 28 years and we have been married for 34 years.  We have three grown children and are the happy grandparents of two grandsons.  Over the years I have served Immanuel as a Trustee, Financial Secretary, Vice President, and President.  I have also been on the Building Committee for Grace Hall and other small projects at Immanuel.   I am currently serving as a Trustee.   I am a Structural Engineer in Clovis and own my own business and am also a gentleman farmer and look forward to watching my grandchildren grow up. 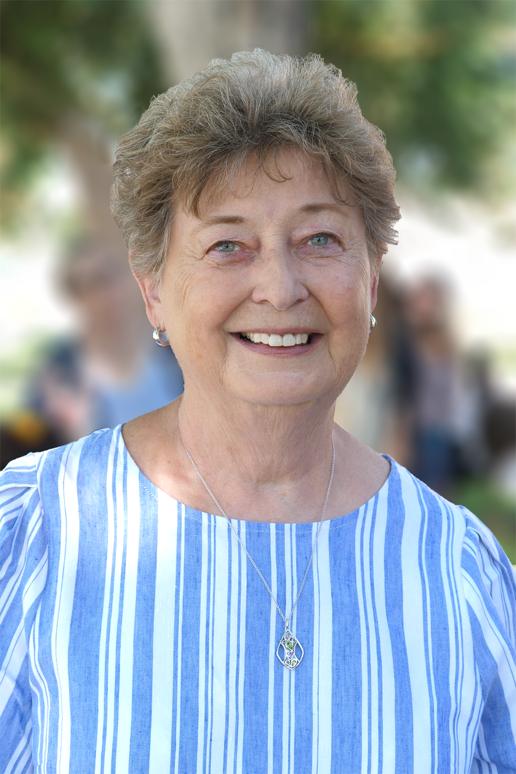 I attended Immanuel from childhood through college. Moved to Seattle, WA where I was an elementary teacher/asst. principal for 30 years; retired and returned to Fresno where I met and married Don Pettitt, who is one of the lead ushers.

I enjoy gardening, reading, traveling and volunteering at Holiday Boutique, which supports Children’s Hospital. We also enjoy our granddaughter and family get togethers. 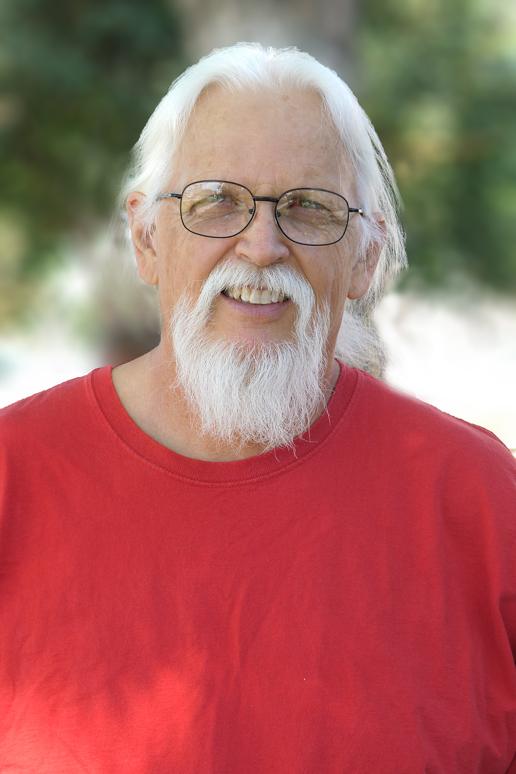 Member of Immanuel for 65 years. Leader of the senior adult Sunday school class.

My beautiful wife passed into God’s arms two years ago. I have three adult children and one handsome grandson. I enjoy my flower garden, tinkering in my shop and helping others wherever I can. 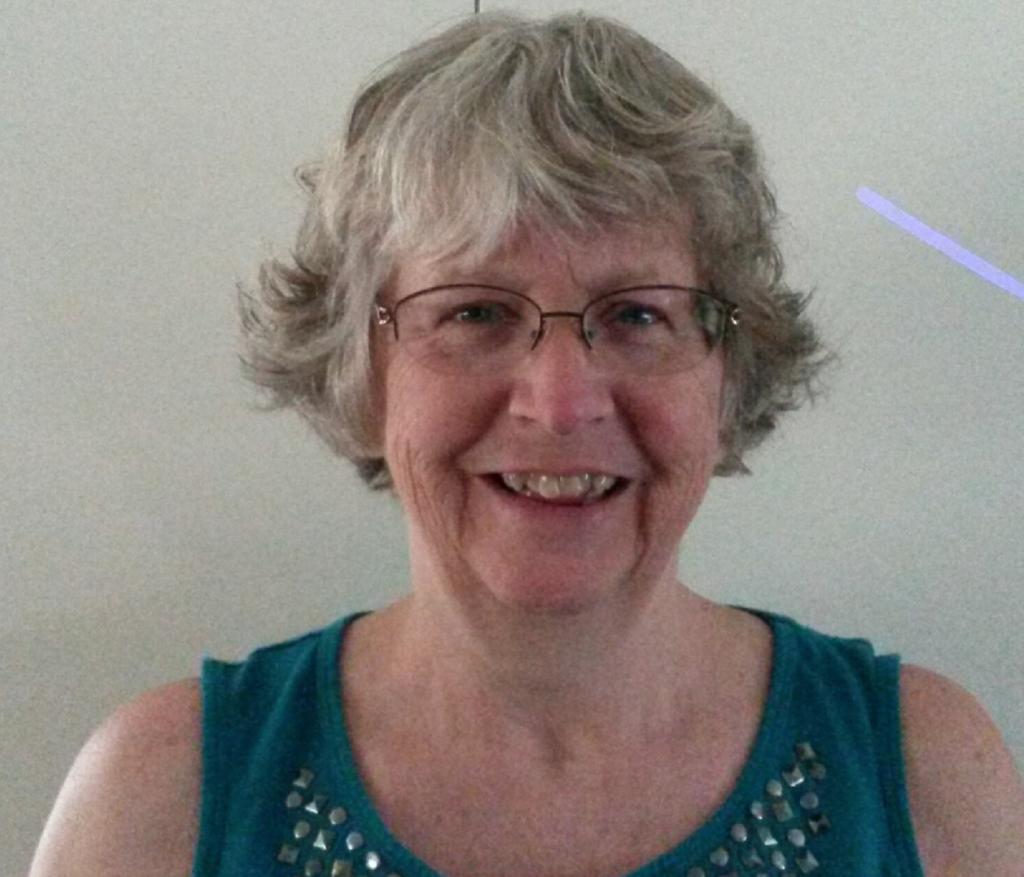 I’ve been a Lutheran all of my life and a member of Immanuel since 1963.

I taught English and was a teacher librarian for 40 years, working in Laton, Caruthers, and Hanford. I was also an adjunct English teacher for Reedley College for 18 years and have been involved with the Tulare County Office of Education for 19 years in various teacher-training programs. During retirement, I have enjoyed 3 big trips, numerous small ones, and being able to read when I want to!

I have been married to Mike for 44 years. We have 2 adult children, Nick and Meghan, and 6 grandchildren: Liberty, Kaylee, Mckenzie, Micah, Kendall, & Timmy.

At Immanuel, I currently hold a position as deacon and work as the church librarian. 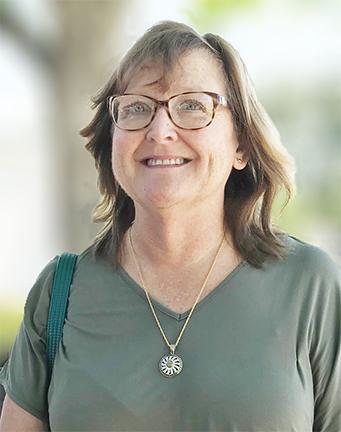 I am a life-long Lutheran and have served in just about every capacity that needs to be filled in a church. I am currently a Deacon. I have attended Immanuel for over 23 years and I was drawn to it as it is close to my home. But what made me stay was the genuine welcoming feeling I have when I worship. It is not one or two people, but a feeling of a gathering of kindred souls looking to worship the Lord. That is what keeps me here. 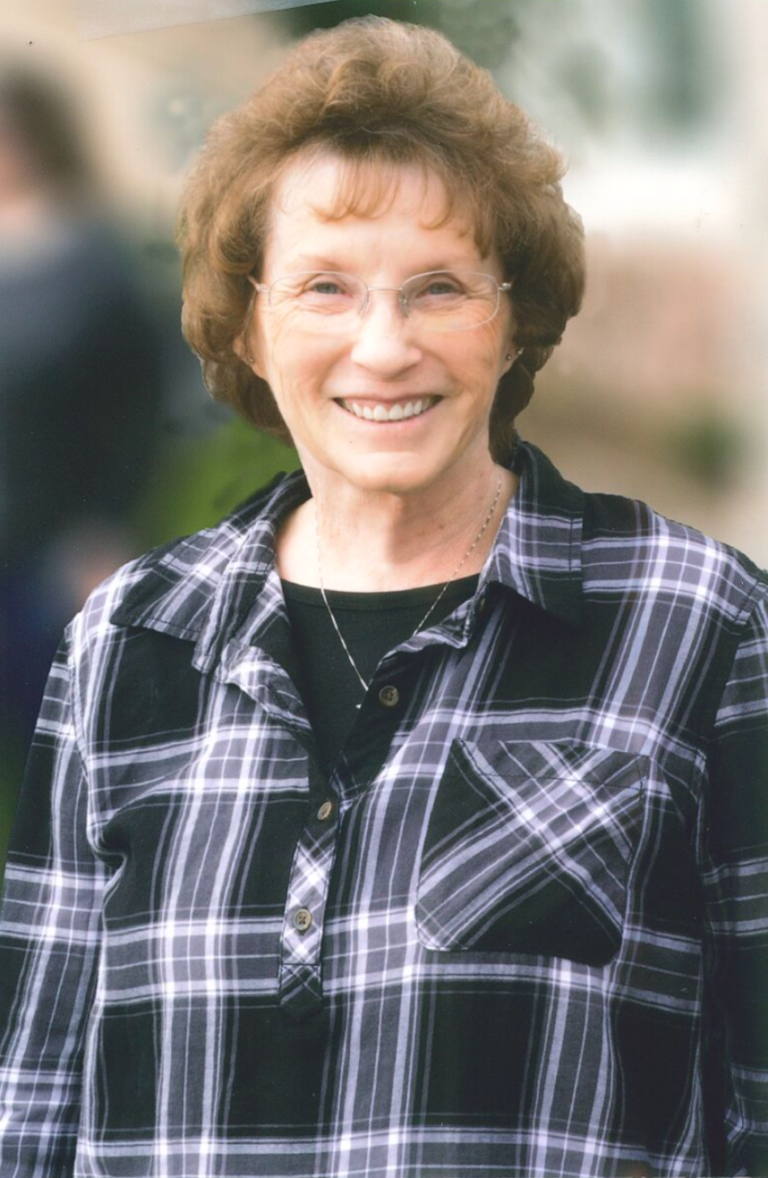